Everything happens for a reason

My experience from the first time reading and annotating Michael Erard’s essay “See Through Words” to the second time through was completely different. While I initially agreed with Erard on many of his points in my first annotations, rereading and looking with a deeper eye allowed me to better analyze and unveil what Erards essay was really getting at. Like many first readthroughs, my instincts were to trust the author, they were not to question if his ideas were valid or reasonable. Examples of annotations from the first glance at “See Through Words” included short phrases such as “interesting point”, “I never thought of this”, and “great example”. After taking a step further towards understanding, my comments in my second round of annotations switched to phrases including, “but could this cause confusion?”, “should this need to happen?”, and even “too many examples”. From my first glance to a deeper understanding, I automatically began to question more and more points and whether Erards opinions really matched what I believe to be true or false.  A major way my mind shifted was regarding how many examples Erard was providing in his essay. It is easy to say that the more examples, the better. However, in this case, the excess examples began to generate more confusion than clarity. Less really is more. If Erard was able to stick to 2 or 3 strong examples I believe his essay would benefit greatly and prevent any further confusion to a topic that is already confusing enough to the general audience.

The strategy of ‘glossing the text’ was beneficial because it created more clarity to the text. Even though I was able to read the text without needing to understand the exact meaning of a word like “provocation”, after searching on Dictionary.com a more accurate and descriptive definition of the word provided a much more clear image of what the essay was trying to explain. Although I was able to understand a general sense of the word from the sentences surrounding it, from what I initially would assume meant “to make do”, to really knowing it means “something that incites or instigates“, glossing the text created a much deeper picture and understanding in my mind. Glossing the text may not be the most important part of reading an essay, but in the end, it will further your comprehension as an active reader that much more than if it were a skipped step in the process.

In the essay titled, See Through Words, Erard touches upon many points that sparked a reaction in my mind. One point that generated curiosity was when Erard stated, “these metaphors are meant to help people to understand the unfamiliar” towards the beginning of his writing. These words made me realize how powerful metaphors can truly be. A human can have absolutely no knowledge of a subject, but when related to a different subject or physical object can gain an entry-level understanding simply due to their knowledge of only half of the overall metaphor. In a metaphor such as “love is a thrill ride” people can use their knowledge of their own experiences on a roller coaster to relate that to a better explanation of a more foreign concept, love. The familiarity of the feeling in your stomach can explain the unfamiliarity of what it may feel like to be in love.

Another point Erard makes is when he states that “the right metaphor must speak to inclusion and community”. If a metaphor is unable to capture the attention of a variety of people, then its job has not been fulfilled. The point of a metaphor is to build a more universal understanding of a subject, object, or idea. In a metaphor that is restricted to only one type of people, the metaphor creator is setting him or herself up for an extreme amount of conflict by creating a very close-minded metaphor. The understanding of what the metaphor relates to will easily offend many and create a false idea of what was initially intended. A great metaphor will be able to speak to a large audience and create a better understanding of how the two completely separate ideas can join to form a better understanding of one another. 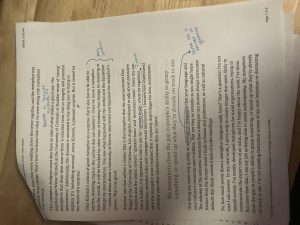 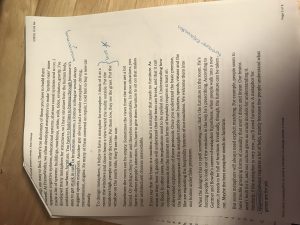 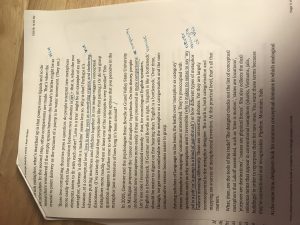 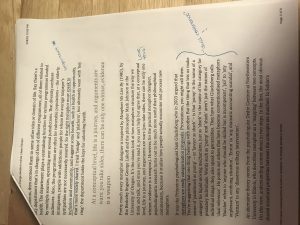 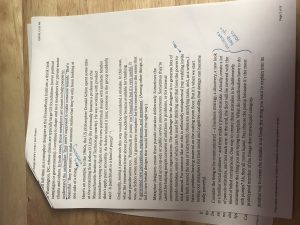 A mix of enthusiasm and anxiety flooded to my mind when initially creating a blog. I have always been extremely interested in technology and incorporating different aspects of technology into my school work, yet I have never really had the opportunities to make it my own. At a first glance, WordPress appeared to be very overwhelming but after dissecting aspects one by one, the initial anxiety transformed into an eagerness to learn.  I am looking forward to expanding my knowledge of how beneficial a digital platform for writing will be.

Theme by Anders Noren — Up ↑